This isn't your ordinary money-wheel title, Crazy Time offers players the chance to participate in 4 unique bonus mini-games led by a charismatic and engaging host. This is quite literally the craziest live casino game Evolution has ever released!

What is Crazy Time?

A charismatic presenter dressed as a Ringmaster will lead the game by spinning a verticle game wheel, immediately following each spin a second two-reel slot situated about the main wheel will also spin. This two-reel slot will determine a random bonus multiplier and the wheel segments it will apply to for that spin (this can include bonus mini-games).

All players must do to win something in Crazy Time is correctly predict which segment they think the wheel will stop on at the end of the spin. Players can place a bet on one of eight different options. There are four numbered multiplier choices and four bonus mini-game choices, these are as follows:

As shown above, there are four bonus games that have a 9 in 54 chance of landing (which is 16.67% as a percentage), these mini-games have huge winning potential and can see players win a maximum of £500,000 on just one lucky single spin. The most commonly triggered bonus mini-game is Coin Flip due to the fact that it has more segments on the wheel more in comparison to other games, you're as likely to trigger a Coin Flip mini-game as you are a 10x multiplier. 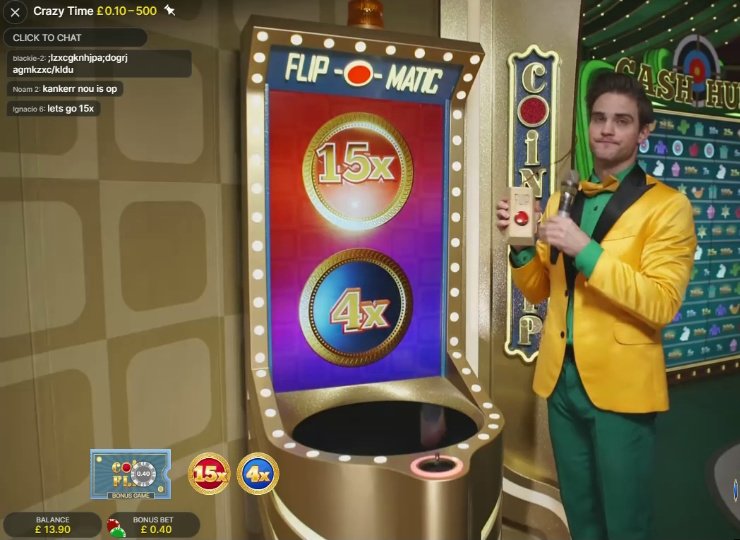 The Coin Flip mini-game sees players win one of two prizes which are dictated by the flip of a coin, except rather than heads or tails this coin is blue or red!

Before the coin is flipped (when the presenter hits a button) two random multipliers are applied to either side of the coin, one side will be much more valuable than the other.

Players that bet on the Coin Flip mini-game option will then see their stake multiplied by whatever side of the coin is displayed. If the multiplier was pitifully low, players will sometimes receive an additional 'Rescue Flip' that sees everyone get a second chance for a bigger multiplier. 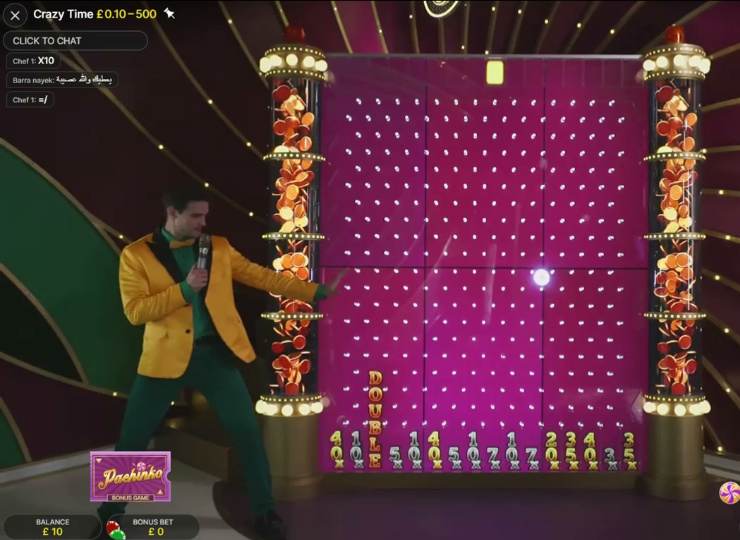 Based on the classic game show game some of you might recognise as Plinko (from the Price is Right) Pachinko sees the presenter drop a large glowing puck from the top of a tower into one of 16 random slots whilst bouncing off multiple pegs on the way down.

These 16 slots are filled with random multipliers that can reach into the hundreds. If the puck lands on DOUBLE then all multipliers will double and the game will be re-played, if the puck lands in doubles again and all the multiplier have reached a value of 10,000x then the DOUBLE slot is replaced with an incredibly lucrative 10,000x multiplier.

If players experience a disappointing round that sees a puck land in 2x, 3x or 4x then there's a random chance that they'll receive a 'REscue Drop' that sees everyone get a second chance to land a bigger multiplier. 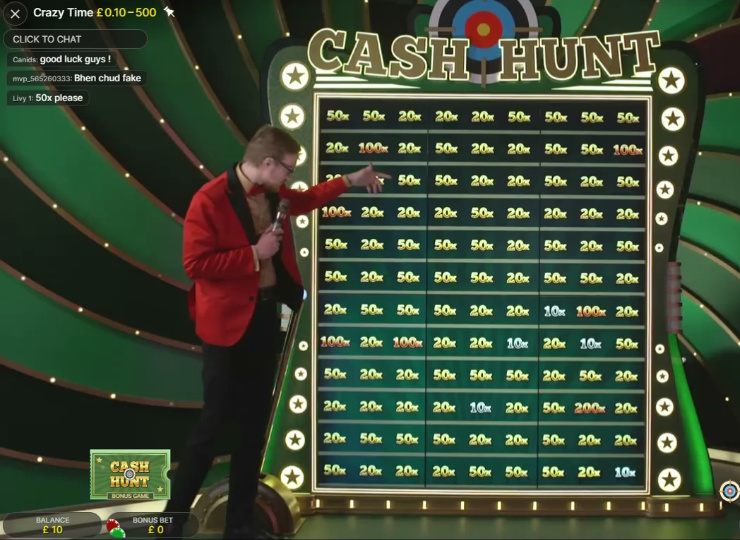 Once the cannon has been shot the multipliers are revealed and players see their stake multiplied by whatever was hidden behind their chosen symbol. 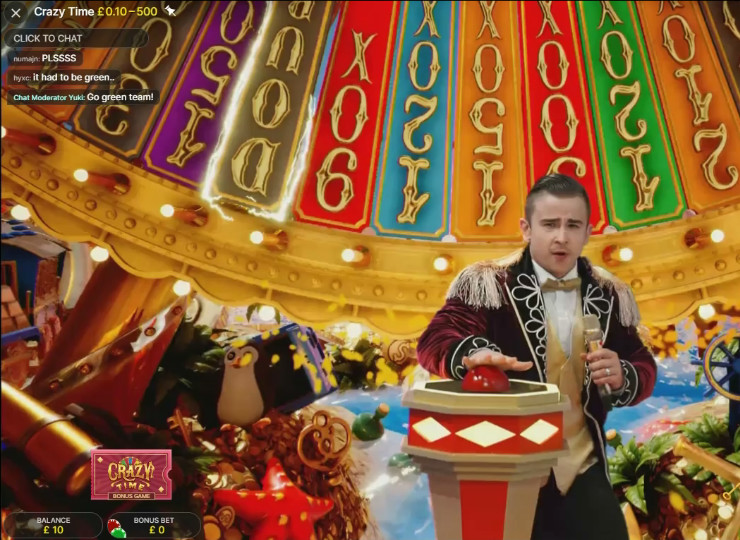 Crazy Time is the bonus mini-game that all players want to trigger! This sensory overload is an incredibly exciting feature that sees players taken to a brand new giant 64-segment wheel that has crazy bonus multipliers on them.

There are also three coloured flappers at the top of the wheel (green, blue and yellow), players must choose one of the three before the wheel spins. The wheel will then start and players will receive the HUGE multipliers that their flapper lands on, some wins will be larger than others.