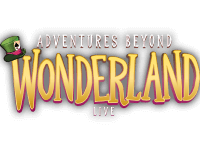 Jump down the rabbit hole and go on a truly unforgettable adventure beyond wonderland with thousands of players from around the world in this epic live casino game show title from Playtech that could see you win up to £500,000!

What is Adventures Beyond Wonderland Live?

Players can place their bets on seven different choices, with multiplier bets being 1, 2 5, 10 and bonus bets being Magic Dice, 2 Wonderspins and 5 Wonderspins.

There is no limit to how many segments of the wheel players can bet on, it's possible to bet on every segment, guaranteeing that one of the bets will win, however, this isn't necessarily the most efficient way of playing.

The game wheel is set up as follows:

The optimal theoretical return to player percentage when playing Adventures Beyond Wonderland Live is 96.82%, this is based on players landing on a 1x segment. Below you can find a full breakdown of the game's return to player based on which segment of the wheel you're betting on.

If the winning result is 2 or 5 Wonderspins then a CGI white rabbit will appear and take players on 'Adventure beyond Wonderland', which is essentially the game's most important most lucrative bonus round.

This sees the entire studio rotate and the game's live presenter will walk over to a brand new wheel that's comprised of different Alice in Wonderland-inspired characters. Each character or image on the wheel has a different multiplier attached to it.

Before the bonus wheel is spun by the presenter, a smaller wheel in the centre of the main wheel will spin first, this determines whether a multiplier is added to a random character on the bonus wheel, or whether players will receive an additional Wonderspin.

The wheel will then spin to reveal which multipliers will be given to players who bet on the 2 or 5 Wonderspins segments. There are also segments on the bonus wheel that say 'Eat Me' and 'Drink Me', landing on these will see the multipliers change for good or bad, they'll also see players receive additional spins of the bonus wheel.

At the end of the Wonderspins bonus mini-game, all of the multipliers that have been collected across the 2 or 5 spins are added up and the player's stake is multiplied. 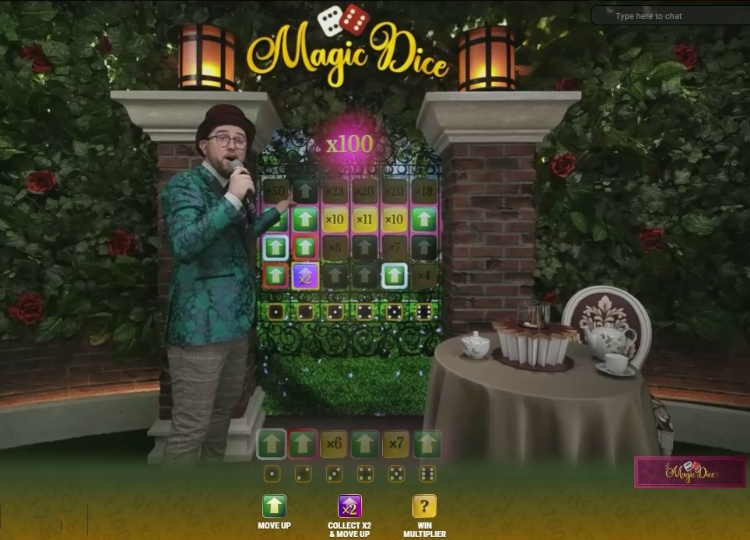 If the main game wheel lands on Magic Dice then players are taken directly to the interactive magic dice bonus.

Here players must choose a path (red or white) and then two dice (one red and one white) are thrown, depending on what number appears on the player's chosen dice, it will determine whether they receive a multiplier on top of their stake, or whether they'll move up a 6 x 4 game grid, moving up will see them work towards even higher win multipliers.

The Magic Dice bonus mini-game grid has the following tiles:

If the main game wheel lands on the mystery segment then players can pick one of two options. they can either take a free spin with multiplied bets, or they can pick one of four cold soldiers who march onto the screen. These cards will each have a hidden fixed prize based on all of your bets combined.

In addition to the above, every once in a while the blue CGI Caterpillar that's sat to the right of the game wheel may randomly boost one of the betting positions, throwing in a mystery multiplier, the wheel is then re-spun and the wheel may land on that boosted segment.