Which Monopoly Live segments are the most popular?

Have you ever played Monopoly Live and wondered where the money-wheel land most often?

We've compiled a week's worth of data together from our friends at Evolution Gaming that clearly states how often each segment of the wheel comes in, this should give you a strong idea of where best to place your Monopoly Live bets.

How many times does each segment appear on the wheel?

Where does the wheel land most often? 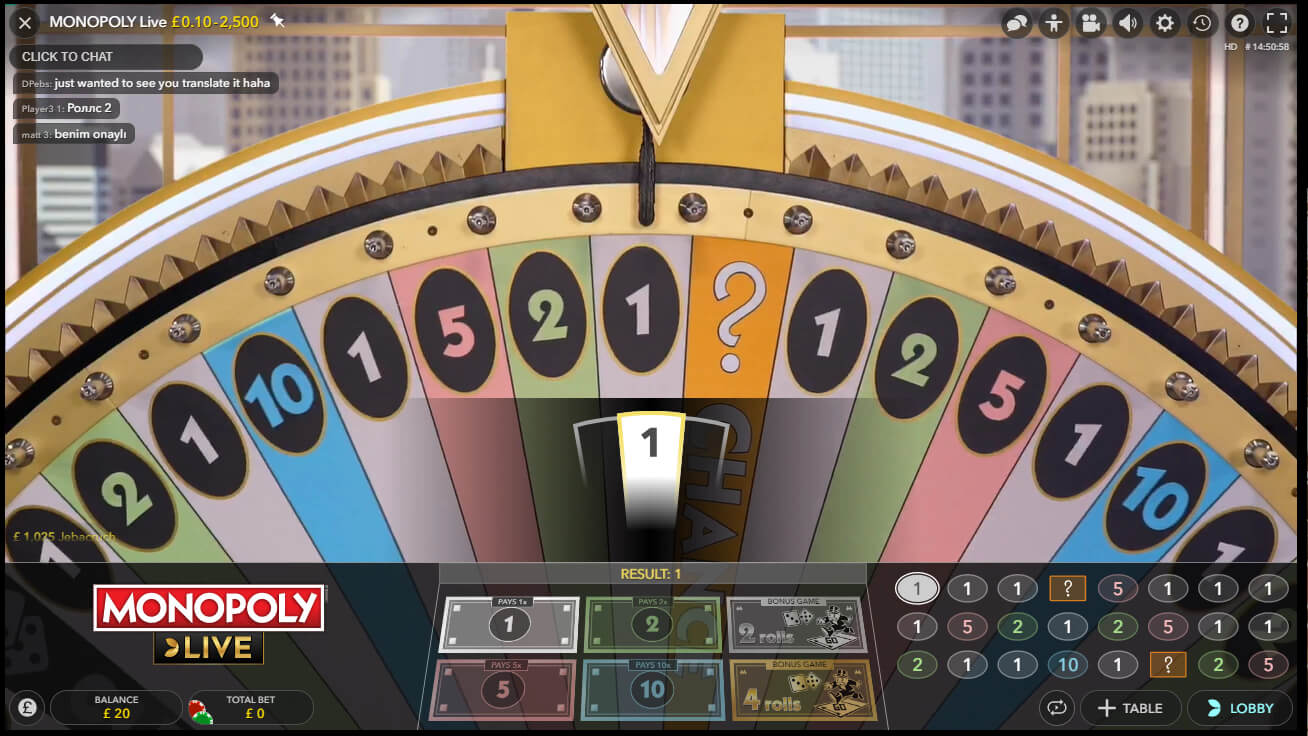 Over the course of the week we saw the money-wheel land on 1 3669 times, which accounted for just over 40% of the entire 9,133 spins. If you're a slow, steady and methodical player then it only seems natural to keep some money on this number, despite it only paying out evens.

What number appeared the least often?

Again, as is to be expected, the number that appeared the least often was 10, only landing 633 times out of a possible 9,133 spins (Roughly appearing around 90 times per day).

How many times did each segment land over one week?

Yes! It's our thorough belief that a stake should always be placed on 2 Roll, 4 Roll or both, even if it is the minimum bet amount.

Even though the 2 Roll and 4 Roll do not appear as commonly, you always want to have a stake in the bonus game... Because the returns can be incredibly substantial.

During the time the money-wheel segments were tracked a multiplier of 2,920x was recorded, which goes to show that it's always worth placing something here as a minimum bet of 10p would have returned £292.

What can we learn from this data?

The patterns shown in this data are quite obvious and clear to see, the fewer times a segment appears on the Monopoly Live money-wheel, the less they'll show up during play... This logic can be applied to other live casino game shows such as Dream Catcher as well.

It's not rocket science, and it's certainly something you'd expect... However for those of you that want to see cold hard data before playing a game, this might be article you need that helps you decide to take that risk with betting on the higher segments.